Quality assurance measurements ensure that the machine generates just as much X-ray as needed to keep radiation exposure as low as possible to achieve good quality imaging and avoid repeated procedures. Quality assurance testing is done for the safety of both patients and staff. It also enables predictive maintenance, and can help to extend the lifetime of the machine.

Fluoroscopy is a technique to get real-time moving images of the internal structures of a patient. This requires an X-ray source and a monitor. Fluoroscopy also enables physicians to view instruments used during a surgery, and when dye (a contrast agent) is flowing through the body. A fluoroscopic image display cannot hold as much information as a static image, but instead it´s possible to focus on an enlarged area. Another advantage is that an object can move without affecting quality.

Fluoroscopy requires a series of X-rays, leading to a longer exposure time. Even though lower energies are used, radiation doses are often higher compared to traditional X-ray (radiography). 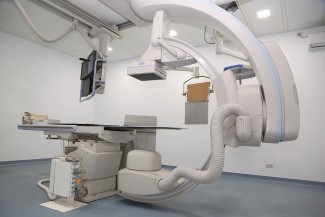 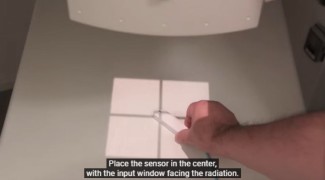 Quality assurance testing should be done according to local guidelines, national or international recognized standards, and manufacturer recommendations. Some examples of standards are AAPM (the US), IEC 60601-2-43 to IEC 60601-2-65, 61223-2 (constancy testing), and 61223-3 (acceptance testing).

A phantom can be used to simulate the body of a patient during an exposure, enabling authentic measurements of greyscale, resolution etc in order to receive images of good quality during a real diagnostic procedure.

To support your measurements, you can use the RaySafe Excel template. 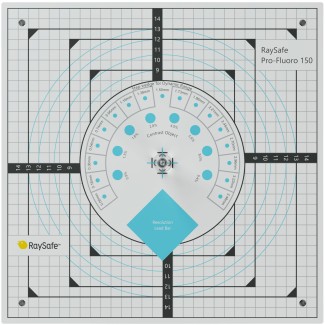 A phantom can be used to simulate the body of a patient during an exposure, to enable authentic measurements of greyscale, resolution etc in order to receive images of good quality during a real procedure.

The history of fluoroscopy

The era of fluoroscopy started in 1895 when Wilhelm Röntgen noticed a barium platinocyanide screen fluorescing as a result of being exposed to what was later called x-rays.

After this discovery, another man, Thomas Edison, began experimenting with various substances. He found calcium tungstate screens to be most effective at re-emitting the x-rays as visible light, thereby producing brighter images with shorter exposure time. In 1896, his work resulted in the first commercially available fluoroscope.
Many early scientists incorrectly predicted that the moving images from fluoroscopy would replace the still x-ray images, but the superior diagnostic quality of the later prevented this from happening.

Due to the limited light produced from the fluorescent screens, and ignorance of the harmful effects of x-rays, early radiologists were required to sit in a dark room behind the screen. This resulted in significant radiation doses. Scientists and physicians would also often place their hands directly in the x-ray beam with radiation burns and ultimately even more serious health issues as a consequence. In fact, Edinson´s lab assistant died of cancer at the age of 39 due to dangerous levels of exposure.

The X-ray image intensifier and the television camera were invented in the 1950s, and revolutionized fluoroscopy. The image intensifier allowed the light produced by the fluorescent screen to be amplified, allowing it to be seen even in a lighted room. The addition of the camera enabled viewing of the image on a monitor. The radiologist was now able to view images from a separate room, away from the risk of radiation exposure.

Since then, improvements in screen phosphors, image intensifiers and introduction of flat panel detectors have allowed for increased image quality while minimizing the radiation dose to patients and staff. 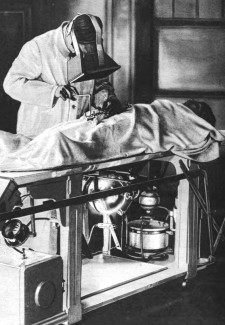 Want to get a demo and pricing on the RaySafe X2 R/F?