Quality assurance measurements ensure that the machine generates just as much X-ray as needed to keep radiation exposure as low as possible to achieve good quality imaging and avoid repeated procedures. Quality assurance testing is done for the safety of both patients and staff. It also enables predictive maintenance, and can help extend the lifetime of the machine.

Computed tomography (CT) is a medical radiology imaging technique to get detailed images of the body for diagnostic purposes to discover a disease or injury.

CT scanners use multiple digital X-ray detectors, which are located in the gantry across the x-ray source. As the X-rays leave the patient, they are picked up by the detectors. One can get either 2D cross-sectional images at various angles or a 3D image of the patient that shows the skeleton, organs, and tissues as well as any abnormalities. The tomographic image can be viewed on a computer monitor, printed or transferred to electronic media for further processing.

A physicist may in addition perform constancy testing, and check mAs/dose linearity. A service engineer may check mAs invasively on the machine. 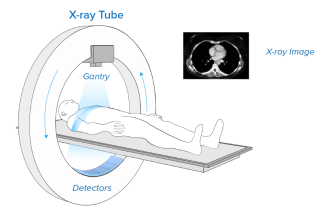 For comprehensive analysis use the RaySafe View software. 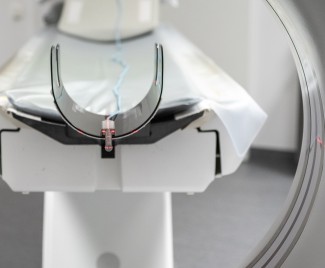 Quality assurance testing should be done according to local guidelines, national or international recognized standards, and manufacturer recommendations. Some example of standards are AAPM (the US), IEC 60601-2-43 to IEC 60601-2-65, 61223-2 (constancy testing), and 61223-3 (acceptance testing).

A phantom should be used to simulate the body of a patient and the scattered radiation during a diagnostic procedure. However it is possible to measure with the sensor free in air and use correction factors based on a previous reference measurement with a phantom.

For CTDI calculations, you can use the supporting RaySafe Excel template. 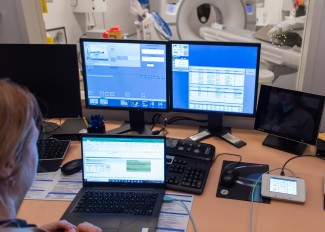 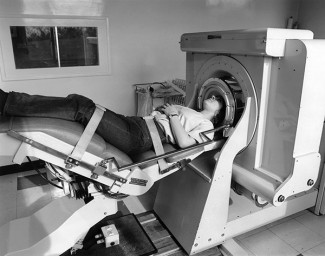 The history of computed tomography

The history of computed tomography dates back to 1917 and the invention of a mathematical theory by Johann Radon.

In 1961, UCLA neurologist William Oldendorf built a prototype in which an X-ray source and a mechanically coupled detector rotated around the object to be imaged. In October 1963, Oldendorf received a U.S. patent for a “radiant energy apparatus for investigating selected areas of interior objects obscured by dense materia”.

And yes, it has been claimed that revenues from the sales of The Beatles records in the 1960s helped fund the development of the first CT scanner. Hence the name. More or less at the same time, Allan McLeod Cormack independently invented a similar process, and both Hounsfield and Cormack shared the 1979 Nobel Prize in Medicine.

Want to get a demo and pricing on the RaySafe X2?